Why Do People Become Alcoholics?

Alcoholism or alcohol use disorder (AUD) is defined as “any drinking of alcohol that results in physical or mental health problems.” This post will examine why people succumb or become alcoholics. There are many reasons for people to excessively consume alcohol.

The definition of addiction has changed since the early 20th century, when addiction was seen as a lack of willpower. With advancements in medical technology, our understanding of physiological addiction has improved. This post will explain both the reasons and the process of alcoholism:

Addiction that is created in the brain overrides the brain’s reward center, called the limbic system. According to the current model, the delivery of dopamine from the limbic system reorganises and shuffles a healthy brain into a brain that is drug-addicted. The drug initiates a coup on the executive function and stops the brain from performing its intended functions of control. People with addiction are physiologically unable to abstain from their habit. Their brain must be able to get them high and replicate the same feeling and experience, which is what leads to alcoholism.

However, this does not always happen to everyone. For example, two people could both use heroin once, and one will go on with their life and be normal, whilst the other might seek it out again. A small part of the brain might be a major trigger for addictive behavior in rats: in an experiment, the lateral habenula, deep in the middle of the brain, was selectively destroyed, and they  were no longer able to tell if their decision-making was harming themselves or others.

Essentially, they had lost the ability to feel the consequences and repercussions of their actions. The experiment was enhanced and the rats were given the option of a 40 proof alcoholic drink or water, and they chose the alcohol because of the dopamine wave that followed. Once they were fully wasted, they didn’t stop drinking, nor did they moderate their behavior, and once sober, they went back to drinking, showing that the lateral habenula could be responsible for regulating alcohol use. 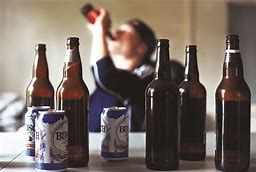 Alcohol causes chemical reactions in the brain, releasing gamma-aminobutyric acid, otherwise known as GABA. This release causes feelings of calmness, but is often associated with difficulty talking and walking, as well as temporary memory loss. To respond to the release of GABA, the body creates glutamate, an excitatory transmitter, in an effort to counter balance it. This cycle causes a build-up of alcohol tolerance, causing regular drinkers to consume more alcohol for that desired calming effect that they are so desperately seeking.

Additionally, alcohol causes the release of dopamine, a neurotransmitter associated with pleasure. However, over time, alcohol abuse and addiction actually degrades dopamine transmitters and receptors. The effect of this is a decrease in dopamine released, which means less pleasure, and as biological organisms, we generally seek more pleasure, and that leads to more alcohol consumption.

Some people are more susceptible to alcoholism, and not everybody that tastes alcohol becomes addicted to it, but there are some of the potential risk factors that makes addiction more likely. Alcohol causes the release of endorphins and dopamine, hormones that cause happiness and pleasure, in any case, it has been shown that heavy drinkers generally release more endorphins than lighter drinkers.

This means that heavy drinkers, or alcoholics naturally release more endorphins may find more happiness in drinking and therefore become addicted to it. Again, evidence shows that damage to the lateral habenula, the part of the brain that processes negative events and disappointment, can cause someone to continue drinking alcohol despite having bad hangovers or other negative events that arise out of drinking.

Psychological disorders, such as bipolar disorder and schizophrenia, increase the likelihood of addiction, as 20% of people living with depression are also alcoholics.

It has long been debated whether or not genetic factors play a role in addiction, but it has been discovered that over fifty one genes cause and change how alcohol is processed in the body, from how it is broken down to the gravitation of an individual towards risky behaviours. 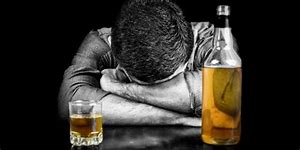 Environmental factors are likely to affect addiction. If it is common to drink in a household, then it is more likely that people in the household will become addicted to alcohol. More wealth allows for more access to alcoholic beverages, as does participating in a high-stress career field. Age influences the likelihood of addiction as well.

Those in their early to mid-20s are the most likely to drink and abuse alcohol, while those who drink as adolescents, specifically those under 15 years old, are significantly more likely to develop alcoholism. While certain factors cause alcohol addiction, it is important to look at why people drink in the first place. One significant reason, as mentioned before, is the sensations alcohol can cause. 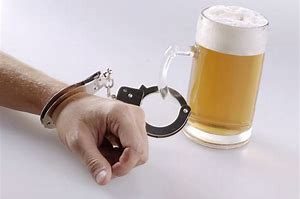 Some people initially drink out of curiosity, just find out what it is like, while others find themselves to giving in to peer pressure. Others drink seeking a feeling of freedom or self-exploration, and this is linked to underage drinking during puberty. Some start to drink as a form of stress relief.

There are some personality traits associated with drinkers (and possible alcoholics) such as aggression, anxiety, rebelliousness, and hyperactivity. Most of all, compared to other drugs, alcohol is accessible and has been normalized through the media. While alcohol is painted as being an escape, there are certainly better ways to cope with situations or have fun that do not potentially cause a lifetime of addiction and damage.

Why Do People Stack Rocks?

Why Do People Resist Change?

Why Do People Wear Glasses?

We’ve all experienced scenarios where someone broke their glasses: “I have another pair at home, we need to go back to get them! Okay, now we can go, I can see clearly now.” Why do some people need glasses and others don't? To understand why some people wear glasses, we first need to know more about the eyes. So, on the front of the eye, we have ...