Why do People have Seizures? 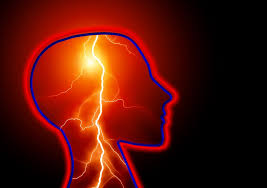 How a person with epilepsy says a seizure feels

Epilepsy, in layman’s terms, it having fits or seizures. Epilepsy is a very common problem in the world. Take, for example, Pakistan. Millions of people are suffering from epilepsy, it affects people living in rural areas as well as urban areas, men as well as women. The disease mostly affects young people – as an estimate 70% of people with epilepsy are young, while 30% develop epilepsy after 50 years of age.

Myths about epilepsy and seizures

Although this term is not new, many people have misconceptions about epilepsy because they have seen others in their surroundings suffering from it. These are prevalent in society. Many people think that the fits are because of evil spirits possessing the sufferer, and they then prefer seeing a faith healer for this illness rather than a doctor.

Another misconception is that epilepsy is a psychological problem. People think that it is because of stress or failures in life so, when a young person has a seizure – let’s suppose a ten-year-old otherwise normal-looking boy or girl – the parents get genuinely concerned. With the misconceptions that are prevalent in society, the first fear is that of evil possession magic or a serious psychological issue.

The other issue is that people try to hide this because they don’t take it as a medical illness. They don’t want anyone to know that their son or daughter has epilepsy because this diagnosis has been stigmatised in society. They may fear that they won’t be able to marry off their children, or they may not become part of society, or even accepted within their family or schools. This is an example of the general attitude towards epilepsy and epileptics, which is not only true for Pakistan but also for the developed world.

Epilepsy is a neurological illness, or illness of the brain. The communication or information exchange between different parts of the brain occurs through electric currents. There are billions of wires that connect billions of neurons that make this fast and continuous communication possible. If, at any point in time, there is a short circuit at some point then that particular part of the brain, or sometimes the whole brain, stops working temporarily. This phenomenon is called an epileptic fit, or seizure.

Some patients may lose awareness during this time, for one or two minutes. They may not respond to a bystander’s commands. After the fit is over and they regain their consciousness level to the same position and start communicating normally. Sitting in a classroom, such patients may stop talking abruptly for a minute or so and then become normal, as they were. Immediately after the fit is over patient, the himself may not be aware of this 1 to 2 minute pause which is obvious for the bystanders. Such an event can be called as a minor epileptic fit.

If this attack becomes severe, then the patient may lose consciousness and the whole body may start jerking vigorously. It would then be called a major epileptic fit. Less common, these major fits may continue for hours. 90% of the time both types of epileptic fits end within one to two minutes. Because of this, people sometimes get the wrong impression that it was their intervention that aborted the attack which is not the case.

Why, and how often fits occur 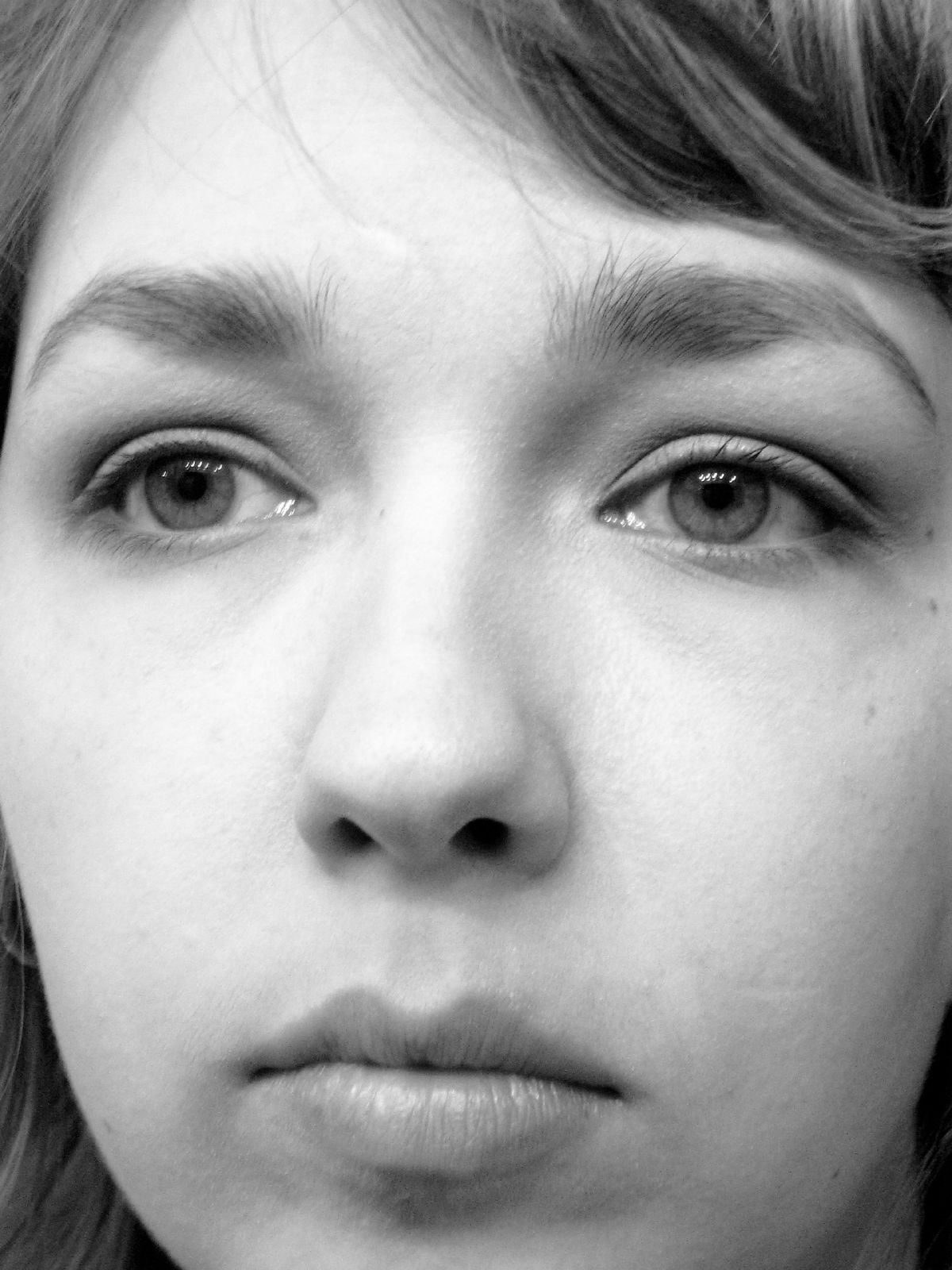 This variation is because of different types of underlying epilepsy. At times, patients do not have typical whole body jerking, rather they just have a sudden brief jerk, like a startle. This is also one of the minor seizure types. In the majority of the patients, an attack may occur suddenly, on top of normal ongoing activity. But, 25 to 30 percent of patients may get a feeling that the attack is about to occur. This feeling is called an aura. Such a patient would him or herself tell you that they experience a peculiar phenomenon before a seizure starts.

Some patients may even take protective action, like sitting on the floor or get away from a dangerous place when they experience an aura. 70% of the people will not get a warning, and the attack occurs suddenly. Epileptic fits are usually of a short duration. Even before you can try any remedial action a seizure usually ends on its own. Another peculiar thing is that 99% of the people get back to their normal self within fifteen to thirty minutes after a seizure, as if nothing happened, or at least no permanent damage has occurred to the brain.

So, this is a noticeable aspect of epilepsy. That’s in case of a seizure the brain loses its functional 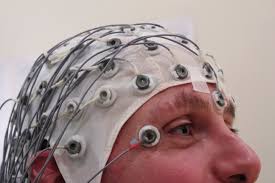 ity during the event and then gets back to the level as if it was before the fit. If a person has some or all of these problems he may be suspected as having epilepsy. For a formal diagnosis, a physician requires training. Neurologists are expert in dealing with this disease. Sometimes a test is done to make the diagnosis of epilepsy, which is called EEG.

During the EEG, electrodes are applied on the scalp which then record the brains electrical activity. An EEG may show abnormality in the brainwaves and it is then helpful in diagnosing epilepsy, or its subtype in a patient.

Why do people develop epilepsy?

In 70% of epileptics, there is no apparent underlying cause. From this, we mean that definitely there is an underlying reason for the short circuiting, but that that problem is not visible on routine tests. In 25 to 30% of patients, epilepsy is secondary to a prior stroke, head trauma, or infection of the brain, but as we said in 70% of the people no underlying lesion is identified.

On brain imaging, secondary epilepsy is potentially preventable i.e. if you prevent a stroke or brain infection from happening you are also preventing the secondary epilepsy that may follow these illnesses. At times, seizures are because of electrolyte imbalance or less glucose in the blood. For example, decreases in blood sodium and glucose levels are commonly encountered.

Other causes of seizures

This may be due to consumption of many of illicit drugs like alcohol and cocaine.

in 90% of patients, epilepsy is completely treatable. we know that it is an illness of the brain, and how it is treated. Mostly, treatment is possible through anti epileptic drugs. These medications are to be taken for long time periods, regularly. The duration of therapy is between 3 to 5 years, or maybe 10 years or even longer. The most effective way of treating epilepsy is timely and regular administration of these drugs. Most of the time, single drug therapy is sufficient. 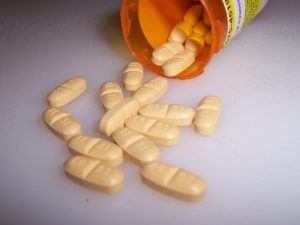 Medication can help with seizures

An important point to remember is that good control of seizures doesn’t mean that one can stop the drugs. This is because seizures can reoccur if medications are stopped. The target of medical professionals is complete control of both minor and major seizures for at least three years before they would consider stopping these drugs.

We have medical students, physicians, and PhD doctors who are epileptics. Similarly engineers and people working in airlines are continuing with their professional lives whilst on treatment. Epileptic patients can continue with their education and jobs, people can still get married and successfully have a family and look after them well. All of this is possible if epilepsy is well controlled.

Is the medication safe?

antiepileptic drugs are usually safe and can be taken for long periods of time. A lot of these drugs can even be used during pregnancy. In children, anti epileptic drugs are slightly different but even then, epilepsy can be well controlled with them. 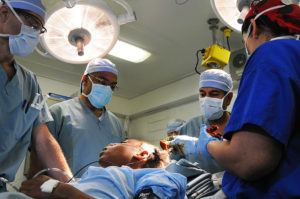 only 5% of people with epilepsy have such an extreme illness that it can’t be adequately controlled on drugs. Even in for them, we have new surgical techniques available. In these epilepsy surgeries, we firstly identify the point in the brain giving rise to seizures and then remove that focal point. This is known as epilepsy surgery. So now, in the majority of this sub-population, seizures can be controlled to a large extent through surgery.

What are the precautions for epileptic patients to take?

Epileptic patients have to be cautious about two to three things while taking the drug therapy. For a specified period of time we ask them to stop driving, swimming, going alone to heights, playing video games, or watching television for long times. We prohibit them because bright lights to which they may be exposed to during the latter activities can provoke seizures.

In some epileptic patients, lack of sleep and not taking their drugs on time are other important causes of provoking seizures. In epileptics, epilepsy is a treatable medical illness. The key message is that epilepsy is an illness of the brain, it is not thing to be ashamed of. This is not due to evil possession or any supernatural phenomenon; it is an illness just like the common cold or pneumonia etc. It is completely treatable and with the currently available therapeutic options living a normal life with epilepsy is absolutely possible.

So, if someone has a similar symptoms he or she should see a doctor and get treatment. They should behave and feel like a normal part of society. In reality, these epileptic patients, if properly treated, can become an important part of our society and can serve humanity as much as anyone else.

Why Do People Blush?

Why Do People Skip Breakfast?

Why do People Gamble?

Why do People Gamble? There's a fundamental thing in human beings, that comes from life as cavemen, that matching patterns and recognising patterns is one of the most pleasing things that people could do at a subconscious level. The random outcomes that come from slot machines absolutely play to that. When talking about slot machines, or online ...